With the new ERGO K860 Logitech tries to beat the Microsoft Surface Ergonomic Keyboard with the Alcantara palm rest. And in certain areas, like the typing experience, the K860 definitely succeeds with this goal.

As the Alcantara of my Microsoft Surface Ergonomic Keyboard has been worn out over the last two years, it was time for a new keyboard for daily usage. Luckily Logitech just released the new ergonomic keyboard ERGO K860. Priced at $130, it's on the upper top of mainstream keyboards, but for ergonomic ones still decently priced.

The ERGO K860 can be connected by either Bluetooth 5.0 or via 2.4 GHz USB receiver. I prefer the later one, as the range is generally better and it usually has less hiccups and issues, especially on Linux. The K860 is supposed to use Wireless encryption with the receiver, but i couldn't find any documentation on the Logitech website on the used algorithm (e.g. AES 128bit?). Given that Logitech had security issues with their wireless products in the past, I hope they learned their lessons and are going to provide more specifications later.

The two included AAA batteries are not rechargeable, but at least they are supposed to last two years. On the top right over the num pad, there is a battery check key, which just ignites an LED light in either green or red to display the battery status. 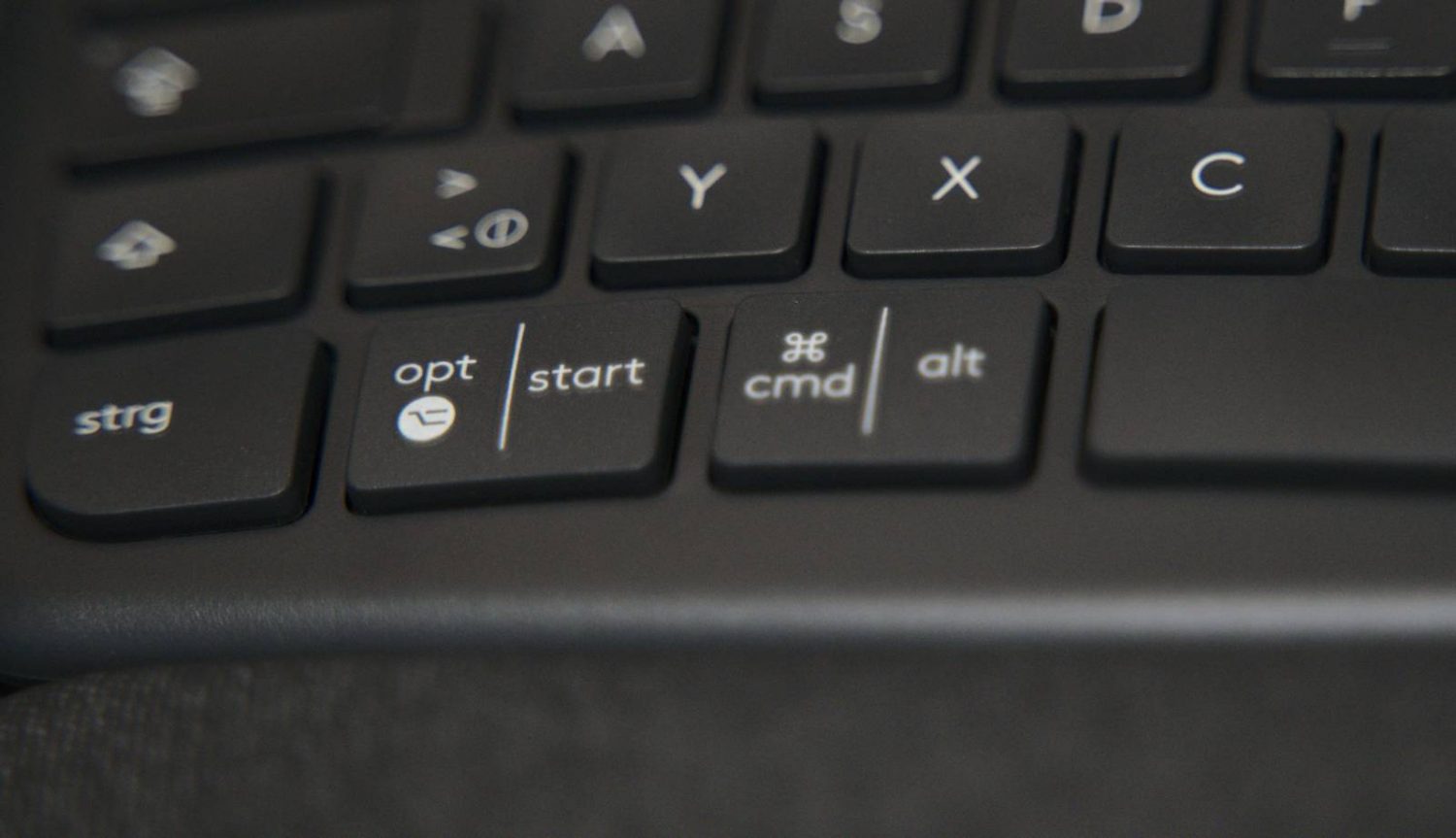 The keyboard has an interesting key labeling, showing both the Windows and MacOS labels at the same time. For example you have a start key (without the windows logo) and a MacOS style cmd key. The same applies to a lot of other keys, which feels somewhat cluttered and coud be distracting for users that don't type blindfolded. On the other hand ergonomic keyboards are more suited for people, who type with ten fingers anyway. The keyboard has no multimedia or macro keys and mostly has a standard layout (Same applies for the German variant I am using). The only special keys are Logitech related and on the top right and are used to connect the keyboard to multiple devices at once and switch between them.

Compared to the Surface Ergonomic Keyboard the keys are stiffer and require more pressure to trigger. Which is not a bad thing, at least in my opinion this lowers the number of typing errors for me. Generally if you used to type on a Surface Ergonomic Keyboard, you get used to the almost identical layout of the Logitech K860 in seconds. Still, it's no mechanical keyboard, so the key travel is shorter, but in general for rubber dome switches it's top notch. Typing is fun and fluent, there's no ghosting and not a single key feels wobbly.

The integrated pillowed wrist rest is soft, but feels more plastic-like, compared to the soft and warm Alcantara on the Surface keyboard. But it also seems to be more robust and durable. Also it's easier to clean as it's impregmented and water repellent. 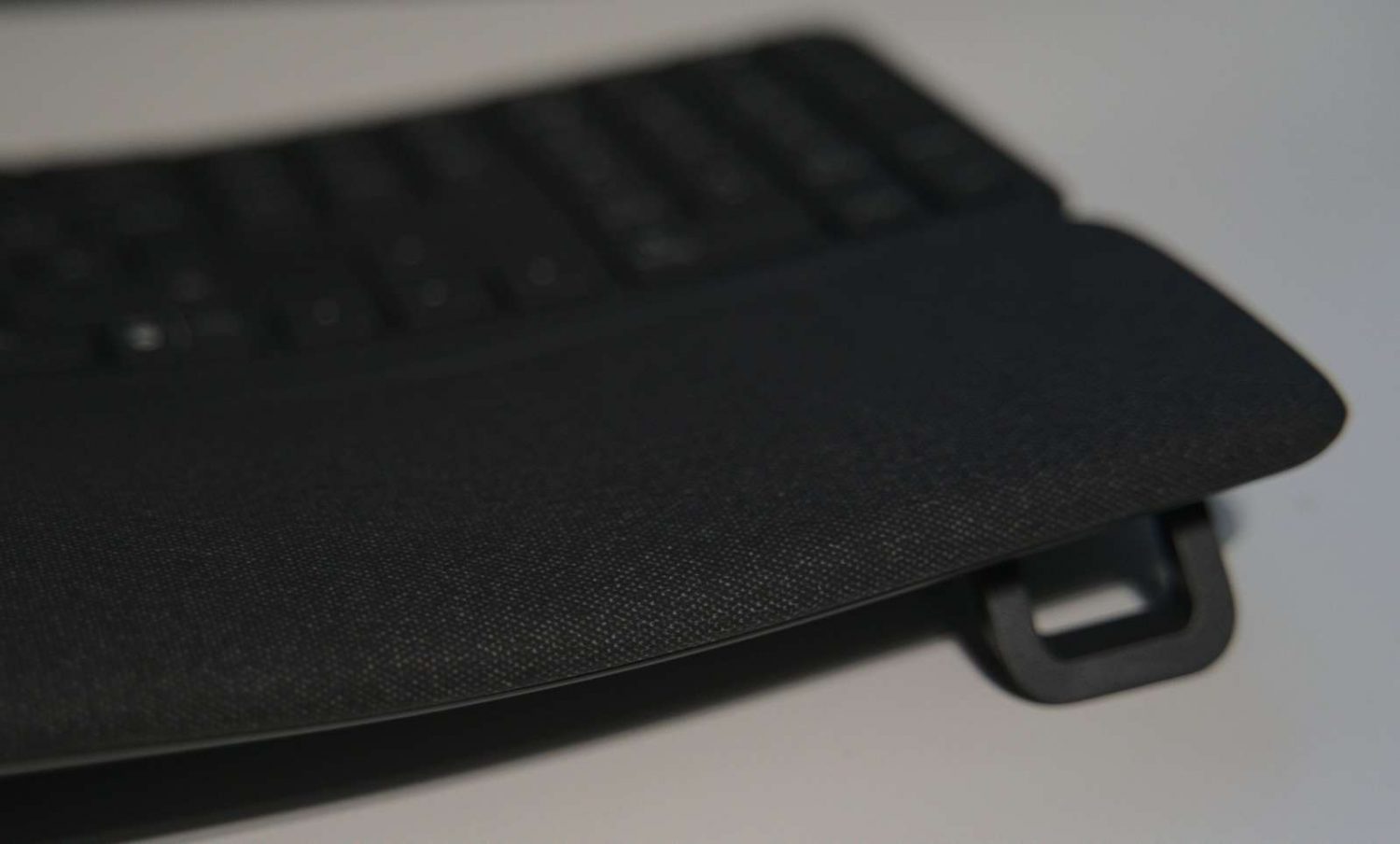 The Logitech ERGO K860 is a great choice if you are looking for an ergonomic keyboard. Compared with the Surface Ergonomic Keyboard it offers a slightly better typing experience (key travel and pressure wise) and also important, a non-bluetooth connection. The wrist palm on the K860 feels not as pleasant and smooth as the Alcantara one on the Surface keyboard, but it probably is going to last longer. Both the Surface and the K860 keyboard are excellent ergonomic keyboards, make sure to check them both out, before going for one.